While thinking about blogging my mind went in about twenty directions at once and this was one of the branches. I want to get back in the habit of writing often about any thing so I jotted down a quick list of spouse and girlfriend murderers.

If I can’t have her no one can:

O.J. Simpson  murdered his ex-wife Nicole Brown and her friend Ronald Goldman and was famously acquitted in the bizarre trial that launched CourtTV with gavel to gavel coverage. O.J. had been abusive and controlling and couldn’t handle Nicole having a life apart from him.

Preppie George Huguely killed his girlfriend in an alcoholic and jealous rage. Yardley Love was a star lacrosse player at the prestigious University of Virginia. George was the boy born with a silver spoon who had serious anger issues. Their bright futures both came to an end when he beat her to death.

A wife and a baby cramps my awesome life

Rae Carruth was a star wide receiver at the University of Colorado and for the Carolina Panthers. He was living his dreams and had rock-star status in Charlotte. But he didn’t want to be saddled with child support and another baby. To remove the problem he set up  the strangest murder for hire plot resulting in the death of Cherica Adams. Rae’s unborn son, Chancellor, survived though he has cerebral palsy from the lack of oxygen while his mother was bleeding from gun shot wounds. The story of Chancellor and Cherica’s mother Saundra Adams is a beautiful ray of hope in the face of tragedy.

Scott Peterson had the all American boy next door life including his marriage to beautiful wife Laci. By all accounts the perfect couple; the perfect marriage. Then one Christmas Eve a very pregnant Laci disappeared. It seems a wife and a baby (Connor) stood in the way of his glamorous, make believe life as an affluent and successful ladies man. As the investigation unfolded over several months Scott’s secret life was revealed and the narcissist underneath the facade was exposed. He is currently on death row at San Quentin where he spends 23 hours a day in solitude. Plenty of time to reflect on the “perfect life” he destroyed. Laci’s family joined the fight for the Unborn Victims of Violence Act enacted in 2004.

Neil Entwistle hid his mounting financial troubles from his wife Rachel until he could hide no longer then he shot and killed her along with their young daughter, Lillian, then fled the country back to his homeland in the UK. He is now serving life without parole.

Michael Blagg described his family as ideal and everyone else agreed.

“Two years ago, I had everything,” says Michael Blagg, Jennifer’s husband. “I had a great job, wonderful family, incredible wife and daughter. Everything was going perfect for me.”

My secret life is more important

Steven Suepple was the underachieving brother in a successful family. A banker with a wife and four adopted children, financial struggles to keep up led him to embezzle more than a half million dollars from his employer. As his world was crumbling, he bludgeoned his wife and children to death and then committed suicide.

And then there is the bizarre story of Christian Longo. When his multiple cons fell apart, the wheeling, dealing, and scheming no longer fooled anyone, and the whole truth of the financial mess he created was unraveling he murdered his wife and children and fled to Mexico. There he lived the high life, partying and posing as New York Times journalist Michael Finkel. Longo made his way to the FBI’s Top Ten Wanted list. Longo is on death row in Oregon where he continues as a con-artist and extraordinary manipulator. 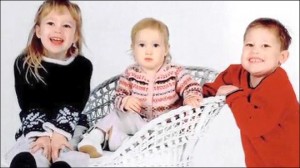 Beautiful, talented, successful Tara Grant was strangled by her underachieving controlling husband Stephen who was having an affair with the Au Pair. After the murder the tale of Stephen’s attempts to dispose of the body and elude arrest are odd and comical. Once again, the truth is stranger than any fiction. Several books have been published on this crime and the chase, confession, and trial. The best source is Grant’s confession after he was arrested frostbitten and exhausted in the Michigan woods.

Wow, hate to say the preppie got away with something.

So, he is insanely jealous, sends a threatening email the week before, kicks down the door, beats her brutally and is found GUILTY of 2nd Degree Murder — with malice. Guilty of Grand Larceny. He faces 5 to 40.

I think its the wrong verdict, however at least they didn’t let him off!

We may have a sentence yet tonight and now we are looking at aggravating/mitigating circumstances. We’ll hear victim impact statements. We’ll hear about his alcohol problems, anger management problems.